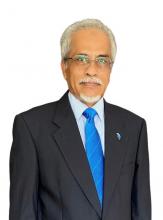 He is a Fellow of Chartered Management Institute (UK), Fellow of Institution of Mechanical Engineering (UK) and Member Institute of Engineers Malaysia.

Dato’ Dr. Suhaili holds a Doctor in Business Administration (DBA) from Asia e University, MBA from University of Malaya and a BSc (Hons) in mechanical engineering from the University of Manchester Institute of Science & Technology. 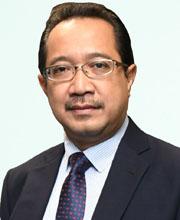 Dr. Mohd Shaharin bin Haji Umar is a Director of Regional Development Division at the Ministry of Economy. In a career spanning more than two decades, he has vast experience working in government ministries/agencies specifically in areas related to energy, science and technology as well as social sector.

Dr. Mohd Shaharin’s forays in the Energy and Social Services Division, EPU has seen him contributing to the preparation of the 11th Malaysia Plan, 2015-2020 and the 12th Malaysia Plan, 2021-2025. On many occasions, he has advised the Minister in the Prime Minister’s Department (Economy) on international oil and gas ministerial level forums including OPEC and non-OPEC, Gas Exporting Countries Forum (GECF), International Energy Forum (IEF), Malaysia-Thailand Joint Authority (MTJA) and other oil and gas-related engagements.

Dr. Mohd Shaharin obtained his Ph.D. in Renewable Energy from Murdoch University, Western Australia in 2014. He pursued a Masters in Science and Technology Policy at the University of Manchester in 2004, after graduating from University of Malaya with a degree in Science (Chemistry) in 1995. 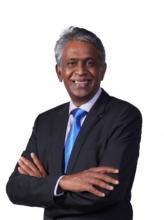 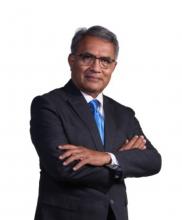 Encik Sofiyan Yahya has over 40 years of domestic and global experience in the oil and gas industry. He started his career as an engineer and later established himself as a successful entrepreneur in this sector. Sofiyan is currently the Executive Chairman of Cekap Technical Services Sdn. Bhd., Non-Executive Chairman of Ni Hsin Group Berhad and Managing Director of Digital Dagang Sdn. Bhd. Beyond his various business interests, he has also been involved in various organisations and business platforms in support of the community and industry. He is particularly interested in the sustainability agenda relating to nature and the environment. Sofiyan is also a founding member and past President of the Malaysian Oil & Gas Services Council (MOGSC). 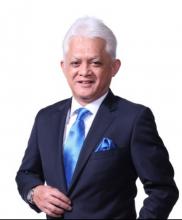 Previously the Deputy CEO (Export Acceleration) of MATRADE, he held various positions within the organisation including leading the markets of ASEAN & Australasia, China & Northeast Asia, Central Asia, West Asia, South Asia & Africa. At present, he is an Adjunct Professor at the Center for International Studies, College of Law, Government and International Studies UUM, Universiti Utara Malaysia. He is also the Advisory Board Member of Malaysian Association of Convention and Exhibition Organisers and Suppliers (MACEOS). 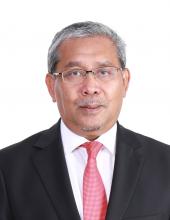 On 1 April 2021, Datuk Wira Arham Abdul Rahman was appointed as the Chief Executive Officer for the Malaysian Investment Development Authority (MIDA). Born in Perak, Malaysia, Datuk Wira Arham Abdul Rahman is an alumni of the National University of Malaysia (UKM) where he graduated with a Bachelor’s Degree in Economics. He also attended the Senior Executive course at the prestigious Kennedy School of Government, Harvard University USA in 2011.  Datuk Wira Arham’s illustrious career spanning 32 years in MIDA began in 1989 as an Economic Affairs Officer specialising in the Foreign Investment Division, a MIDA spearheading division for attracting and facilitating foreign investments into the country.

In September 1994, Datuk Wira Arham’s exceptional track record earned him the position as the Deputy Director of MIDA Cologne, Germany for six years, where he led MIDA’s investment promotion initiatives to companies in Germany, The Netherlands, Belgium, Austria and other Eastern European countries. In 2009, he contributed his extensive investment promotion expertise in the East Coast of USA as the Director of MIDA New York for four years. In 2013, Datuk Wira Arham returned to Malaysia where he was entrusted to helm the Foreign Investment Division in MIDA. Beginning May 2015, he was selected as the Executive Director of Investment Promotion, leading three MIDA divisions under his portfolio; Foreign Investment, Domestic Investment, Corporate Communications, subsequently ascending to the position of MIDA’s Deputy Chief Executive Officer I on 1 February 2019.