Armed with a track record of executing complex international projects, Malaysian players are expected to benefit from a pick-up in FPSO activity between 2018 to 2021.

The sharp drop in oil prices in 2014 which led to a decline in investments for oil and gas production worldwide resulted in a challenging environment for the global Floating Production, Storage and Offloading (FPSO) sector in the past two years.

However, energy market consultancy Douglas Westwood believes gradual recovery is around the corner given that 10 FPSOs came on stream in 2017. This included high-capex units P-66 and Armada Olombendo which were ordered during the downturn.

Anticipating 10 to 11 FPSO awards annually from 2018-2021, Douglas Westwood predicts that global orders will stabilise, with 60-70% of demand originating from Latin America and West Africa. (see chart 1). 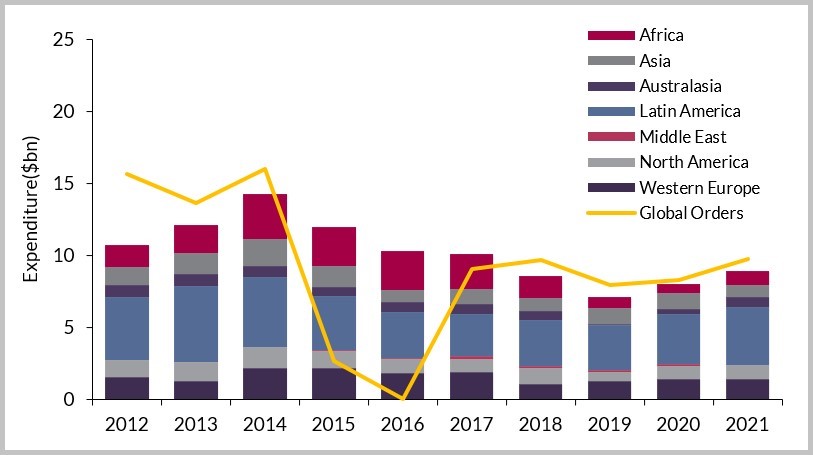 Starting modestly with just two vessels in 2004, Malaysia is now home to three of the top 10 leased FPSO operators in the world with a combined fleet of 20 FPSO vessels (see Chart 2).

These companies also demonstrated resilience over the past six years to register 63% revenue growth between 2010 and 2016 (based on filings with Malaysia’s stock exchange Bursa Malaysia) (see chart 3).

“Just like their global counterparts, Malaysian FPSO players experienced a dip in orders during the past two years as investments in oil and gas projects were scaled down. Armed with strong track records from operating in complex and challenging international projects however, companies such as Bumi Armada, MISC and Yinson are well-poised to capitalise on growth opportunities as the investment cycle picks up,” MPRC’s President and CEO Datuk Shahrol Halmi said. 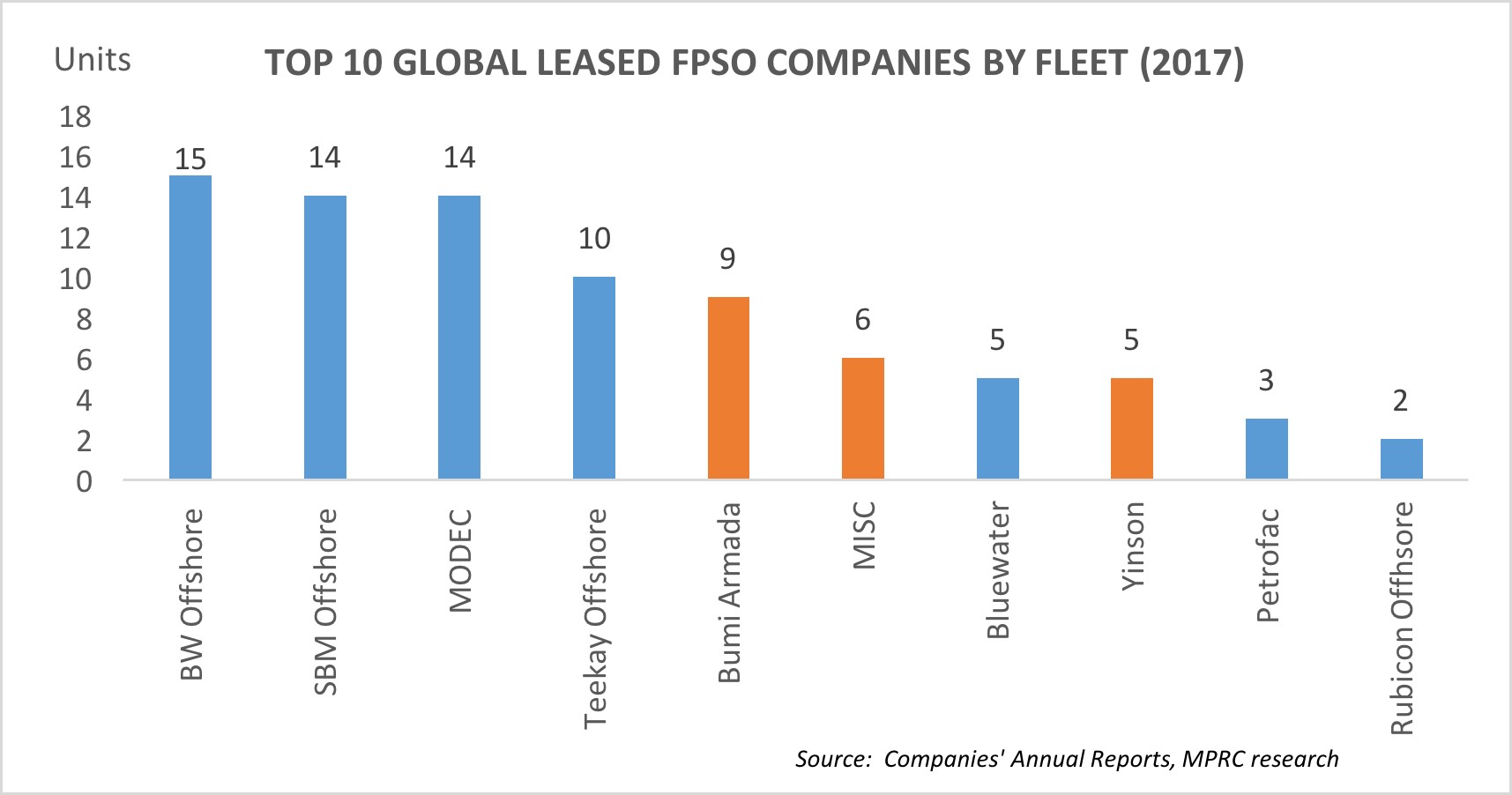 Its Karapan Armada Sterling III FPSO is the world’s first floating facility with a sulphur processing plant that has a production capacity of 25 tonnes per day, allowing it to strip hydrogen sulphide—a feedstock to make fertilisers—from gas, leaving the hydrocarbon for use in Indonesia’s domestic gas market.

The FPSO’s ability to monetise high-sulphur gas fields will potentially encourage the rest of the industry to explore fields with similar characteristics. This is a significant development as Bumi Armada has successfully demonstrated its technical prowess to integrate onto a floating facility a large, complex sulphur processing unit typically found in onshore complexes.

Another example of a successful FPSO deployment by a Malaysian company is Yinson’s FPSO John Agyekum Kufuor in the Offshore Cape Three Points (OCTP) field. Located in the Tano basin some 60km offshore Ghana, the OCTP field is complex, with water depths ranging from 600m to 1000m. Gas produced on-board Yinson’s FPSO is transported through a pipeline to Ghana for use by domestic consumers and helps generate some 1,100MW of power for the country.

The distinction of operating Malaysia’s first deepwater FPSO at a water depth of 1,300m belongs to MISC. Constructed in its subsidiary Malaysia Marine & Heavy Engineering’s (MMHE) fabrication yard, FPSO Kikeh has been operating in the Kikeh oil field located 120km offshore Sabah since 2006.

In an era of slim operating margins, extracting cost efficiencies through engineering and the ability to be technologically competent becomes paramount, Shahrol said.

“Malaysian FPSO companies’ continuous investments in talent and technology development, having cultivated in-house engineering and fabrication capabilities over the years, have allowed them to carve out strong niches in the global FPSO industry,” he added.

For example, Bumi Armada’s Olombendo FPSO—which has one of the largest external turrets in the world and currently based in offshore Angola—is also capable of both producing and processing from light and heavy oil reservoirs. This engineering feat gives them a clear competitive advantage where fewer than 10% of floaters in the world possess heavy oil processing capabilities.

Bumi Armada’s Head of Engineering, Bruno Solinas explained that the company has a core group of around 200 engineers based in Kuala Lumpur who are highly specialised.

“This allows us to control the whole FPSO conversion process, and more crucially, source the right vendors at the right price,” he said. Bumi Armada is one of the three lease FPSO players in the world with capabilities to design and build external turrets for their FPSO fleet, fully engineered in-house.

MISC scored a regional first when it introduced the MAMPU 1 technology in the Anjung Kecil oilfield in Sarawak which allows a floating vessel to produce more oil whilst reducing CO2 emission levels by 30% on daily flaring rates. MAMPU 1 features a homegrown technology, Sep-iSYSTM which produces an additional 50 barrels of oil from 1 million scf flared gas when combined with its Condensate Recovery System (CRS).

Looking ahead, Malaysian FPSO players are set to continue their international expansion plans.

Yinson is bidding for the Greater Pecan project offshore Ghana, while MISC is actively scouting for opportunities in the South Atlantic region.

This initiative by Malaysian companies to step up and stand shoulder to shoulder with other international heavyweights to secure new projects aligns with the Government’s vision to make Malaysia a world class OGSE hub capable of serving the global oil and gas industry.